Everyone’s athletic career peaks at different times. For me (unfortunately), it was my last year of Little League in 1982. A good season was capped off by making the Carroll Township All-Star team. Yes sir, that’s me at the far right in the second row. 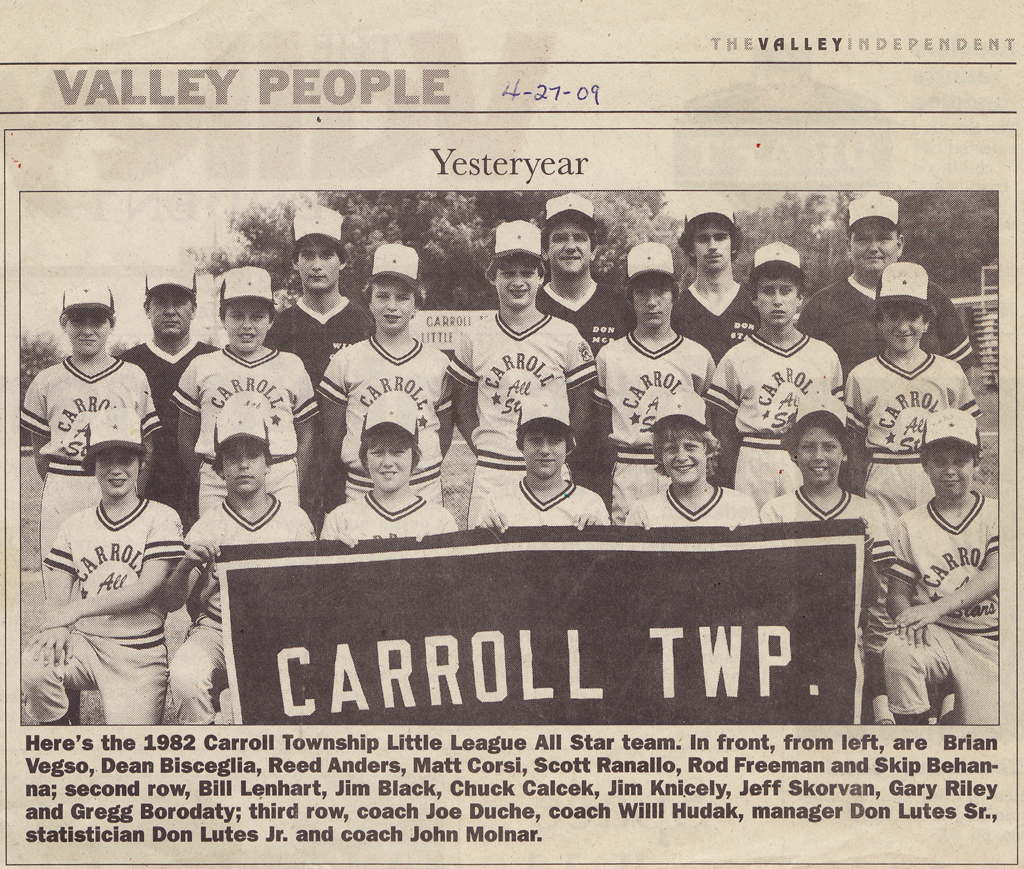 We had a solid team, but ran into a buzz saw in our third game of the tournament and lost in extras 2-1. If a few bounces had gone our way, I’m certain we would have made a run. I doubt we would have made Williamsport, but oh, what could have been.

Unfortunately, It was all downhill for me in baseball from there, and I didn’t play beyond Pony League. It was a good run, but life had other things in store, which, truth be told, have turned out pretty good in their own right.

Special thanks to mom for sending this one out to me a couple of years back. I figured it would be fun to share, given we’re at the start of yet another baseball season with catchers and pitchers reporting this week.