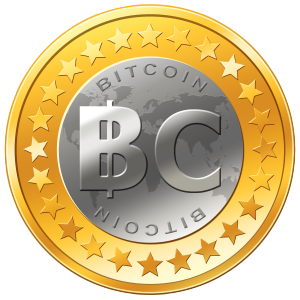 Bitcoin has been in the news a lot lately. There have been wild price fluctuations, speculation, exchanges being shuttered, and talk of disruption. Out of all this talk, I’m not sure what to make of digital currency. Is it a world changing idea or just a fad?

I’m not going to even pretend to understand all of the technology behind digital currency. The way I understand one form if it, in this case Bitcoin, is that it is mined by computers, that it gets harder to mine the more there is, and that you buy, sell and move it through online exchanges. For the longest time, outside of speculation, I wasn’t sure why someone would even want to experiment with something like Bitcoin, until I read this blog post by entrepreneur and venture capitalist Chris Dixon – “Why I’m interested in Bitcoin“.

He makes two important cases for Bitcoin. One is that it disrupts the current financial system, which given the amount of money banks charge to move bits, I agree could use some disruption. The second case is that will open up new business and technology models, such as micropayments on the web. When you look at in this way, I can see while people are interested by or getting excited about digital currency.

Unfortunately, I still don’t see how digital currency makes the jump to mainstream use.

While I agree that the 2.5%- 3% fees for processing card transaction through the financial system could use some serious disruption, I’m not certain digital currency can replace our traditional fiat currency. For one, if fees become the issue, can’t the incumbents just lower their fees to compete with digital currency? Whether I pay with a digital currency or traditional plastic doesn’t matter to me, I just want it to work. If the incumbents move to protect their business if digital currency threatens it, which I suspect they will, then what is my incentive to learn a new system of paying for things?

Third, unless digital currency is stable, then I don’t see how it can function as a method of payment. For example, I recognize that my paper money has zero real value, but it has intrinsic value that is propped up by the government. It allows me to make purchases anywhere in the United States with an expectation of stability. While some items, like gas or groceries, can vary day-to-day, when I have a beer, it’s price is constant over many months. I don’t have to check the value of bitcoin to see if it’s worth it to have a beer today. As a currency, people should be oblivious to its value flictuations, or as David Meyer at Gigaom wrote in a recent article:

It could be that I’m missing something, or that I’m being too pragmatic, but I just don’t see how digital currency replaces what exists today. While today’s system certainly has its flaws, they can be overcome if pressured by an outside force, which may be the biggest benefit that digital currency will bring to the table. Otherwise, digital currency feels like it will succeed in very niche applications, such as handling international money transfers or certain types of specialty transactions, like the one I recently read about here in real estate.

If there is something I’m missing, I’m all ears, because I’d really like to understand what all the fuss is about. Until then, I’m of the opinion that digital currencies like Bitcoin will be more hype than reality and will only survive to serve niche applications and transactions.