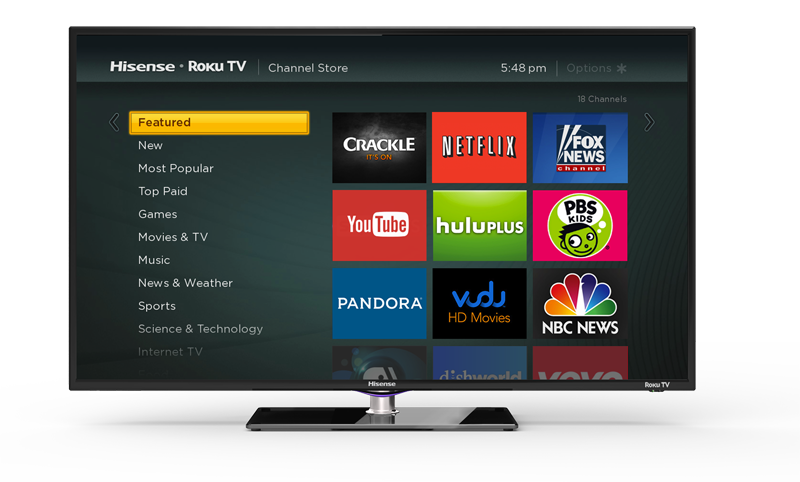 One of the items being hyped at CES this year is the smart TV. There’s word that Roku, makers of the streaming media player, is integrating its technology into a TV that will be available this fall. There’s also word that LG has revamped WebOS and will use it in their smart TVs. They will join other manufacturers such as Samsung, Sony and Vizio who already have smart TV offerings. There’s also been rumors over the last couple of years that Apple will at some point release a smart TV as well.

Televisions aren’t meant to be smart

The last TV I purchased in 2010 was a Samsung “smart” TV. It had numerous applications installed such as Netflix and provided the ability to display widgets like weather and news tickers. The interface was difficult to use, especially trying to navigate it with the provided remote. The interface was slow, and buggy, and entering text was like writing text messages on an old flip phone. It was so challenging, that I rarely used the apps.

Then in 2011, I decided to try an Xbox as a media center. The Xbox quickly supplanted the built-in Samsung apps. I used the Xbox to watch Netflix, YouTube and Amazon video, and also to play music.

This past year, I picked up a Chromecast, and now my Xbox has become obsolete. The Chromecast has the ability to do all of the things that the Xbox could do in a more streamlined interface. I still use the Xbox occasionally for some ESPN content but for everything else I’ve migrated to the Chromecast.

The point I’m making is that the “smart” portion of TV technology changes rapidly, but the display technology does not. I may not be using the built-in Samsung apps, but I’m still using the display to watch the content.

Televisions are meant to be monitors

What I want is the best display possible that has Ethernet connectivity (wired and/or wireless) and a plethora of HDMI ports. Then I can choose how content is sent to the TV, whether it is through a cable box, internet connection, HTPC, Chromecast, Xbox/Playstation, or some other device that has yet to be invented. I don’t want to have to choose my TV based on how smart it is or be saddled with technology that becomes obsolete a year or two after purchase.

In my case, I’ve went through three different “smart” technologies in the last four years, and who knows how many new ones will become available in the next three to five years. I find it curious that television manufacturers think they are capable of selecting a smart technology that will last longer than a year or two given how fast the technology is moving.

It’s not about the consumer

The manufacturers are clearly not interested in the consumer, they’re interested in selling as many televisions as possible. If the technology they put in the TV is obsolete in a year or two, then people will need to get rid of those sets and upgrade. Its beneficial to the manufacturer, but not to the consumer, and even worse for the environment when the televisions are thrown out.

A good, high quality monitor can last years. I’ve had monitors that have easily lasted 10 years. The television manufacturers should be focused on making the highest quality, large screen monitor that will last 15+ years. Let me choose the smart technology to pair with this monitor that may change every two or three years. It’s better for me, and in the long run, it will be better for the environment, too.