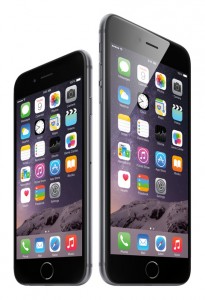 The Guardian has become one of my favorite news outlets due to the quality of its long form journalism. Last month, they posted an article about the dangers of smartphone addiction (click here to read). It wasn’t your standard, “we need to spend time away from our smartphones” rant. It was in-depth look at how smartphones have enabled a small handful of people in Silicon Valley to control the psychology of over a billion people around the world.

For me, working in the mobile software development industry, it was a warning sign. A foreboding of what could happen if we, as a society, don’t heed the warning and take action.

You see, many worry about the development of a superior, runaway artificial intelligence that will destroy humanity. They argue that it could happen within the next 25 years if sufficient controls are not put in place.

After reading The Guardian article, I’m beginning to think that future danger could already be upon us, and we don’t even know it. Instead of the AI confronting us head-on in a war-like manner, it could be destroying us from within by turning us against each other, and ultimately against ourselves.

In the past, I’ve written about privacy and warned how the internet endangers that fundamental right. I’m now concerned that the combination of the internet and smartphones may be one of the most dangerous inventions created by mankind if allowed to go unchecked.

Allow me to explain.

The internet is shaped around the demands of an advertising economy. Technology companies need to keep your attention in order to satisfy the demands of the advertisers paying their bills and delivering returns to their shareholders. And therein lies the crux of the problem, our attention is limited. It’s finite, and there is a lot of competition for it both on and offline. It has turned the advertising economy into the attention economy.

In order to win the competition for our attention, developers are using psychological mind tricks to deliberately and intentionally make the devices and apps addictive. They are playing into know addiction techniques to make people dependent on their smartphones, and technology in general. As pointed out in the article, developers are using the same techniques in their design that make gambling compulsive and drugs addictive.

Just how addicted are we?

The report has a bunch of other interesting insights which you can check out for yourself here.

The few controlling the many

To drive the point home, spend the 15 minutes to watch this TED talk by Tristan Harris, a former Google engineer who used technological design to persuade people. He is now a vocal critic of the techniques and in his talk outlines steps we can take to control the technology.

There is growing concern that as well as addicting users, technology is contributing toward so-called “continuous partial attention”, severely limiting people’s ability to focus, and possibly lowering IQ. One recent study showed that the mere presence of smartphones damages cognitive capacity – even when the device is turned off.

Smartphones, with their incessant notifications, drive interruptions. Every time our phone dings, rings, or buzzes, we stop what we’re doing and look at it. I was a victim of this behavior years ago and recognized that it was driving bad behavior. I’ve since turned off notifications on my phone.

I can’t say for sure that our smartphones are making us stupid, but they are clearly robbing us of our focus. If lack of focus damages cognitive capacity, then the link may indeed be real.

That means privileging what is sensational over what is nuanced, appealing to emotion, anger and outrage. The news media is increasingly working in service to tech companies, Williams adds, and must play by the rules of the attention economy to “sensationalise, bait and entertain in order to survive”

The news no longer informs, it entertains. It has to if it wants to keep our attention. It also has to prey on our basest emotions to generate controversy, fear, and outrage. It’s why the social media companies aren’t in a hurry to clean-up newsfeeds and timelines. They thrive on the controversy. It’s what draws users back to the service.

I see it every morning on shows like Good Morning America and Today. They aren’t providing an information service. They are providing entertainment. They mix feel good stories with stories meant to generate anger, outrage, and discord. They present the extreme cases on either side and avoid getting into the details to explore the nuances and subtleties on both sides of each story. In other words, the more controversy they can generate through their stories, the better.

While I could continue to go on, I’m going to let the article stand on its own. It’s best that you take the time to read and digest it. It’s powerful.

I’ll leave you with this thought.

It is revealing that many of these younger technologists are weaning themselves off their own products, sending their children to elite Silicon Valley schools where iPhones, iPads and even laptops are banned. They appear to be abiding by a Biggie Smalls lyric from their own youth about the perils of dealing crack cocaine: never get high on your own supply.

At various points in the article, developers who have created the technology that screams for our attention are interviewed. They reveal how they have created methods to limit the amount of interaction they have with their smartphone. Some methods are basic, like turning off notifications. Others are more strict such as turning off their phones at 7PM or turning off their internet access in the evening. One instance is even more severe. One developer had his administrative assistant setup his phone so apps couldn’t even be downloaded.

When the people making the technology are turning their backs on it, you know we’ve reached a tipping point. They understand how dangerous their creation is and are taking steps, in some cases drastic ones, to free themselves from it. It’s the ultimate warning sign.

Above all, and most importantly, is the fact that what gets fed to us through our social newsfeeds, timelines, and smartphone notifications is not generated by humans. What we read is generated by artificial intelligence algorithms with the singular goal of keeping us glued to the services generating them. And the AI is only getting better. It’s making us more addicted. It’s robbing us of our focus and cognitive ability. It’s pitting against one another. It’s turning us against our own self. It’s effectively destroying our humanity from within.

Where do we go from here?

It’s too late to put the proverbial cat back in the bag, but we can certainly take steps to control it. The first step is awareness. We must acknowledge the dangers and implications of the technology that we’ve created so we can take action.

While I don’t have a solution for the problem, a first step would be to realize that we are still in control. We need to use that control to monitor our actions and behavior. We need to engage with each other in face-to-face discussions and take time away from our screens. We need to stop allowing ourselves to be manipulated by the services and the powerful few who are more interested in revenue and profits rather than the well being of our society. We need to go back to the original definition of social meaning human interaction, not the posting of meaningless messages and videos to a faceless service without a soul.

The time to start is now. All of us need to take action before it’s too late.