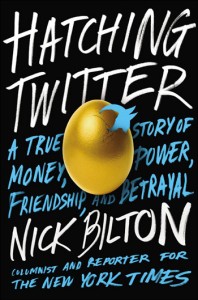 “Truth is stranger than fiction, but it is because Fiction is obliged to stick to possibilities; Truth isn’t.”
-Mark Twain

I’ve read a number of non-fiction books, and a few have lived up to Twain’s quote. Most notable are Charlie Wilson’s War about the Afghan conflict in the 1980’s and The Money and the Power about the history and emergence of Las Vegas.

Most successful startup narratives, especially those written by the founder, are glamarous accounts of how everything went according to plan. The successes are hyped while the mistakes are glossed over. The startup founder is anointed a  genius who has profound insights into how businesses are created that should be used by anyone starting a company.

The truth is that startups are messy. Things rarely, if ever, go according to plan. Most startups succeed in spite of themselves. They have to overcome the egos of the founders and investors, massive mistakes, poor management and lack of leadership. Startups more often than not succeed because of hard work, timing and inordinate amounts of luck. It’s not a glamorous story, even when the business ends up being worth billions of dollars.

It’s the main reason why I thoroughly enjoyed Hatching Twitter. Bilton doesn’t waste time building up Twitter’s founders into larger than life characters. Instead, he exposes the egos, politics, and miscues that nearly derailed the company throughout its history. In addition to covering the founders, he also digs into the effects the investors’ money and their influence had over the direction of the company. It’s a riveting tale, and one that will leave you wondering how the service ever survived. I walked away wondering how Twitter ever made it to the public, multi-billion dollar company it is today. In fact, I’m certain it would have failed had it not been for its radically passionate and loyal user base who refused to turn their back of the service no matter how many times it went down. In fact, the service outages in the early days added to the mystique and lore that surrounds it to this day.

Since the book was written as a narrative, I’m sure that Bilton took some liberties with the characters and events to create a compelling story arc. I’d like to believe that his portrayal of the founders and investors is 100% accurate, but I’m sure they are colored by his perspective. I don’t want to spoil the story, but I finished feeling strong emotions toward the characters based on Bilton’s writings. It would be hard for me to meet one of the founders or investors and not be influenced by the book. Given that result, it’s clear Bilton did a great job with the material.