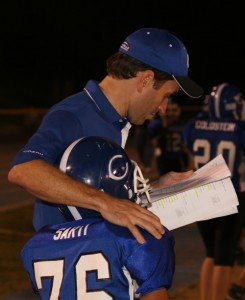 Football season doesn’t feel the same this year. For the first time in 10 years, I’m not coaching. Even though I didn’t do a whole lot of actual coaching last year, I still got to spend Friday nights on the sidelines. There’s a certain atmosphere, an intensity, a feeling of adrenaline you get when you’re among the players. You don’t get that feeling by sitting in the stands. Unfortunately, it was time to hang up the whistle, as I wrote earlier this year.

By being on the sidelines, I was able to observe things about the game that I never knew before. Here are five things I learned about the game during my ten years coaching it.

I learned a lot about the game over the ten years I spent coaching it. It completely changed my perspective on the game and how I watch it. I have an appreciation for how much preparation goes into each week’s game plan. I have a better understanding of the strategy and tactics behind the game, and I learned that only elite athletes can compete at the highest levels.

1 thought on “What coaching taught me about football”