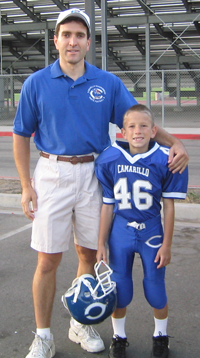 After ten years of coaching football, I’ve decided to hang up the whistle. It’s time to retire.

It’s been an amazing experience and quite a run. Little did I know when I dropped Brad off for his first football practice in 2004 that I would go on a ten year journey that would take me on an roller coaster ride of incredible highs and lows and introduce me to people who would become more than just passing acquaintances, but lifelong friends.

I still have fond memories of that first season. Brad was eight years old and had wanted to play football since I took him to a UCLA game at the age of three. He was young and on the small side for his age, and he looked tiny compared to the other players on the field. My intent was to keep an eye on him during practices since I worked nearby, but I quickly found myself holding bags, and then being asked to be an assistant coach. I had only played one year of organized football myself in junior high and had no prior coaching experience. The team’s head coach desperately needed the help, and so I agreed to do it.

Luckily, the head coach knew his X’s and O’s, and he knew them well. We didn’t do well our first season, only winning one game. By our third year, the head coach had developed a finely tuned system that he built on three fundamentals – heart, discipline and attitude. We rode that system to the championship game (PYFL Super Bowl) in our third year where we lost our only game of the season. It was an incredible season, and quite the ride, both on and off the field. 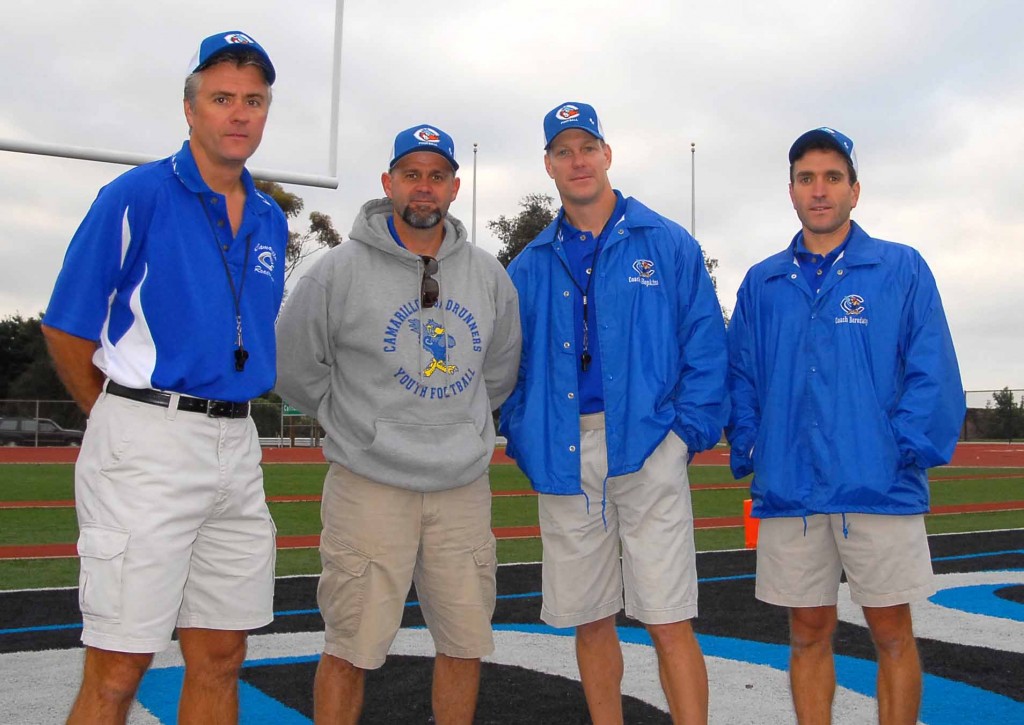 After our Super Bowl season, the head coach moved away and left me to take over the team. As an assistant, you develop a bond with the players, but as a head coach, that bond escalates to a whole new level. I felt personally responsible for the safety of 20+ young men every Saturday when we took the field. I would study film, prepare for practices, evaluate players, and install game plans that gave us the best chance to compete and win.

I was head coach for two seasons – one which was a .500 season, one which was a 7-1 division championship season. We didn’t have much luck in the playoffs either year, but the success of our seasons was measured by more than just playoff success. We had an incredibly close-knit team, and I felt our boys continued to learn about the importance of having discipline, heart and a winning attitude. Those two years were clearly the pinnacle of my coaching career. I’m not sure I will ever get the opportunity to coach a group of individuals that were that dedicated and committed to success. Those boys felt like an extended family to me and still do. I enjoy every chance I get to talk with them when I see them around town.

I went back to being an assistant for Brad’s last year of youth football, where we were able to participate on a Super Bowl winning team. My most vivid memory of that championship game was being on the sideline when Brad made a game saving tackle on a two-point conversion to seal the game. In fact, it might have the highest I’ve jumped in my life, getting all of about 6 inches off the ground! 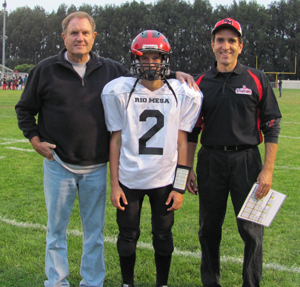 After that year, a former assistant of mine pulled me out of semi-retirement to run the offense at Rio Mesa for Brad’s freshman year. What was supposed to be a one year commitment turned into three. After every year, I was determined to retire, but the energy and excitement of the game kept me bringing me back. Sure it was a lot of time commitment and work for basically no pay, but it was worth the experience.

This past year, I finally pulled back and didn’t do nearly as much, deciding to focus on Brad’s senior season. I merely helped out the varsity team with play charting. The position allowed me to be on the field for Friday nights, which meant I got to be on the field for every one of Brad’s football games – from his first youth game at the age of 8 to his final one at the age of 17.

Overall, I have some incredible memories from football, and here a just a few of the higher points: 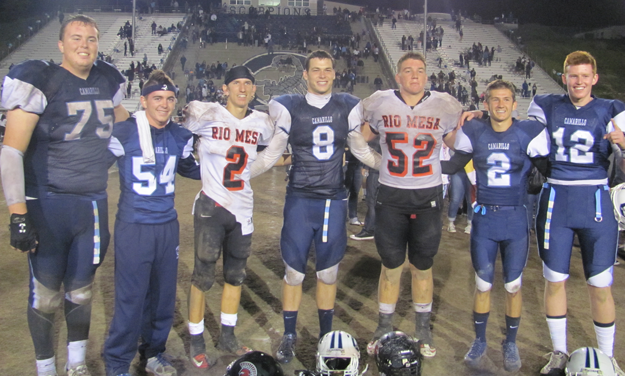 While it’ll be great to have plenty of extra time during the late summer and fall, there are some things that I will miss about coaching:

Well, it’s been a great 10 years – 10 years that I wouldn’t trade for anything in the world. The friendships forged with the coaches and bonds built with the players are something that will last the rest of my life. Above all, it was worth it to be there on the sidelines with my boy for every one of his youth and high school football games. More than all of the other experiences I had coaching football, that’s the one that will always mean the most to me. 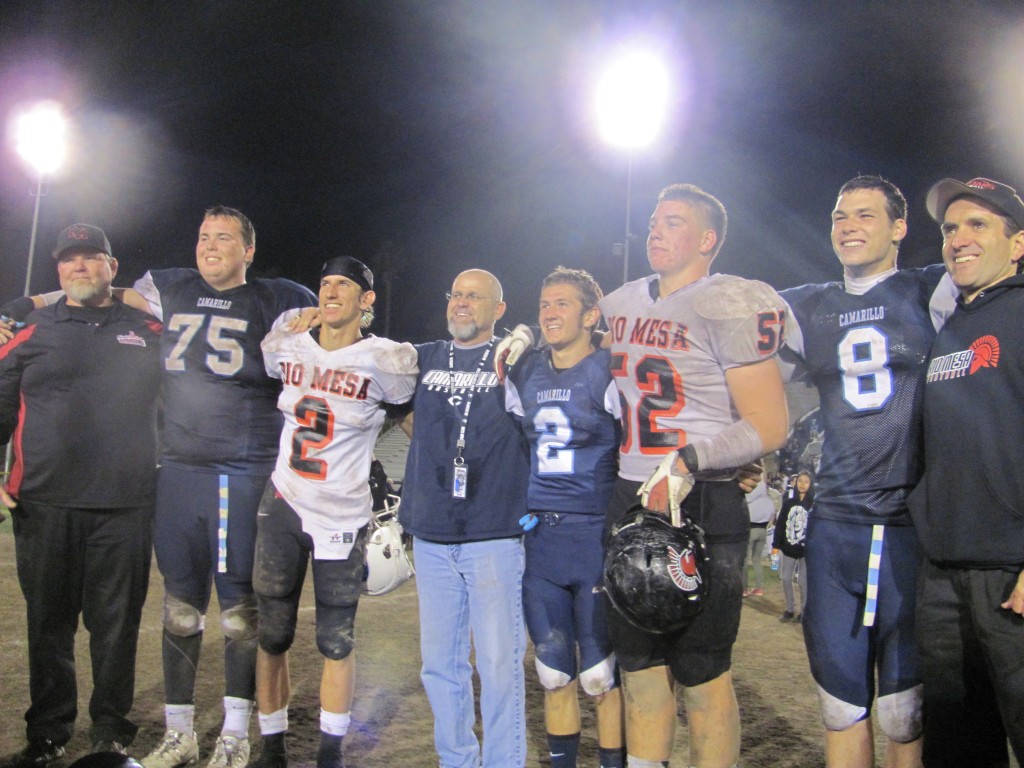 3 thoughts on “A decade of coaching football”