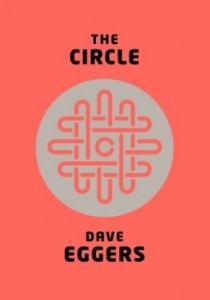 If you’ve read and enjoyed Brave New World, you will find a lot of similarities between the stories. At its core, The Circle describes how technology controls people, instead of the other way around. It paints a picture where people aren’t forced to use technology and give up their right to privacy. They willingly embrace it to assure the destruction of personal privacy in the name of transparency for the greater good, much as Huxley described. Most importantly, Eggers does a great job of conflicting the reader by presenting both the good and the bad associated with moving to a world of complete transparency and forcing us, the readers, to make our own decision on whether we think it is right or wrong. By not making a decision for us, he heightens the tension and suspense of the story.

The story itself centers around a young engineer, Mae Holland, who is rescued from a supposed dead-end job at the local utility company by her friend Annie who works at The Circle. After a somewhat bumpy start, Mae excels and becomes more deeply involved in the culture of The Circle, which forces her to choose between her past, including her parents, and the company.

What’s intriguing about the story is how Eggers characterizes The Circle as a company. It’s a stereotype of high flying Silicon Valley companies such as Google, Facebook, Twitter, and any number of up and coming social networking startups. Everything the company does, it does in excess, whether it’s the building, the food, the employee perks, and the parties. They are presented by the company as rewards, but it becomes obvious that these are really a subtle way for the company to extract more from its employees.

In addition to the company culture, Eggers also lampoons the stereotypical personalities of today’s tech companies and startups. There’s the tech-genius founder who is always wearing a hoodie, the straight-laced businessman brought in to help take the company public, and the slick marketing genius who is the face of the company. Sounds familiar, doesn’t it? If it does, you’ll also relate to the managers and lower level employees as well.

Last but not least, Eggers has a field day describing the obsessions with posting constant status updates, tracking follower counts, and competing for status, which is reflected in the gamification of everything one does, right down to monitoring one’s health. If someone would have read this book twenty years ago, they would have felt these concepts were hardly believable and inconceivable. In today’s environment, it’s all to creepy and plausible.

I can see why the book unsettled some people, like those in venture capital such as Fred Wilson, as it should. The bulk of the products and services that are being funded these days are the ones pushing us towards ever more transparency and erosion of privacy. In fact, I would contend that it’s only a matter of time before a service similar to what’s described in The Circle becomes a reality. Given the consequences of moving towards total transparency, it should give anyone who is involved in the making, building, or funding of these products and services cause for concern. In fact, I would urge anyone involved to read The Circle so they can understand the potential outcomes associated with their work and strive to reduce the negative side affects, whatever those happen to be.

While there are numerous points made in the book regarding the benefits of total transparency, there are just as many counterpoints as to why our privacy should be preserved. For me, I believe that we should be allowed to maintain our privacy and have a right to decide what we share with others. I do not agree that we should be forced into it, and I hope that implementation of the technology described in The Circle does not become reality. Unfortunately, I’m not optimistic that it will be the case.

Needless to say, The Circle is in my must read category. Whether you like it or not at the end of the day, it’s important to understand and come to grips with how we are being used by technology and how it is eroding our privacy, affecting our societal norms and changing what passes for acceptable behavior. It’s an especially good read if you’ve enjoyed similar dystopian books like Brave New World and 1984. Particularly Brave New World since that is what the book most closely resembles – just not set as far into the future and with technology that is much more plausible if not already available.

2 thoughts on “Book review: The Circle”