Back in July, my oldest daughter Amanda and I took our first ride to the rock. It was my first extended bike ride in years, and, quite frankly, I was just happy to survive. We subsequently took a few more rides over the summer before she headed back to college in the fall.

Shortly after we left the house, Amanda remembered that Pacific Coast Highway was closed south of the Point Mugu Naval Air Station due to the rock slides from the storms that hit the area during the first half of December. Due to the slides, we weren’t able to make it all the way to the rock unfortunately, but we still rode to the base.

Anyway, our overall average was 12 mph, which was below our 12.5 mph pace over the summer. I don’t know if it was the cold weather, wind, the holidays, being lazy, age, or some combination of all the above that slowed us down. Either way, it was still a fun ride, and I’m hoping we will get one more ride in before she heads back to school at the end of the week.

Here’s this ride’s profile and splits. The ride was a bit over 5 miles shorter since we couldn’t get to “The Rock”. Otherwise, the route was identical. 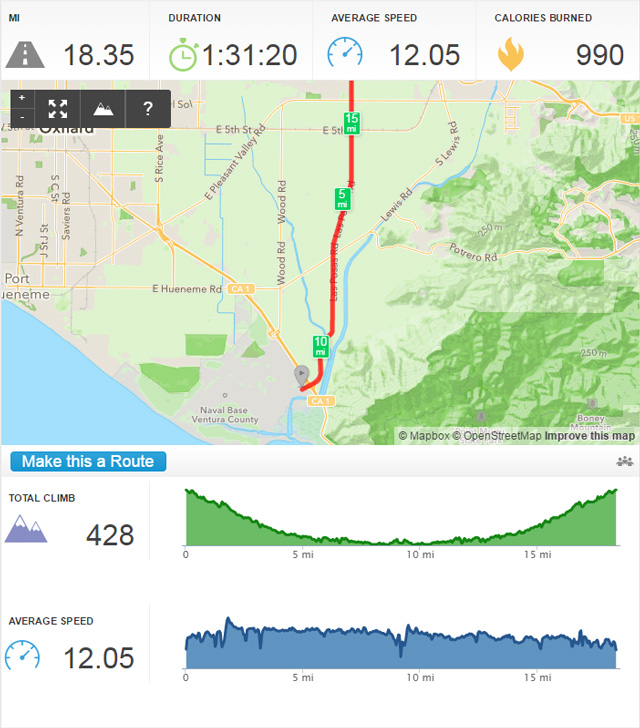