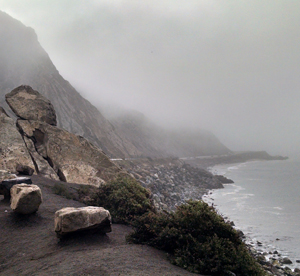 My oldest daughter Amanda has been doing a bit of biking while at college – it’s her primary mode of transportation while at school. When she came home for the summer, she said that she wanted to do some biking and asked me if I’d be interested in taking a ride out to the Point Mugu rock. Since I wasn’t sure if she was serious, I said “Sure, I’m in!” It turns out she was serious, and we finally made the trip this past Saturday. Here’s how it went.

We left Saturday morning early as I wanted us to get out knowing the traffic would be lighter earlier in the morning. It’s not that traffic gets particularly bad heading out to the coast, but I figured the ride would be easier with less traffic. In any case, the shoulder along Las Posas road out to the coast is pretty wide except for a couple of overpasses and bridges. It makes for a relatively safe ride, but one that you still want to be careful on given the 55 mph speed limit.

We kept a steady pace on the way out maintaining a speed of 15-16 mph. For the most part, the ride is pretty easy as it is relatively flat riding from Camarillo to the coast. For reference I’ve included the ride profile from Runkeeper below. Don’t be fooled by the downhill and uphill profiles. The elevation change from the highest to the lowest point is a modest 125ft. In fact, you can barely tell that you are riding downhill or uphill for the vast majority of the ride.

Once we reached Point Mugu Rock, or “The Rock” as I like to call it, we spent 20 minutes recuperating, re-fueling for the ride back, and taking a few pictures. The picture at the top of the post is looking down the coast from The Rock to Malibu. Below is a picture looking from The Rock north towards Oxnard, and below that is a panorama Amanda took looking out to the ocean. 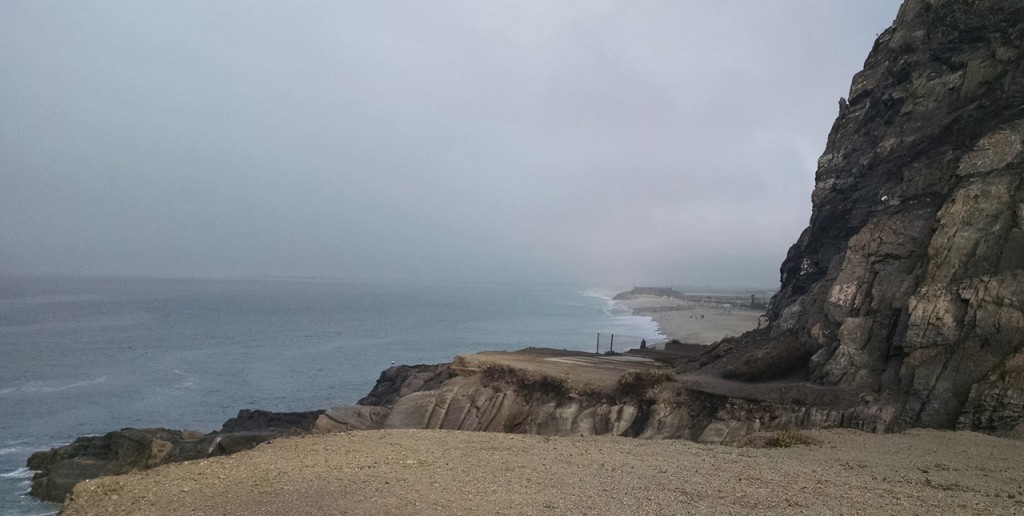 For completeness, I’ve also included our splits to the right which shows are speed and the elevation change along the ride. You can click on the image to enlarge it in another window in order to read it.

As you can see from the Runkeeper profile, is was a 23.5 mile ride. It’s been quite some time since I’ve taken a ride of that length, and I was a little concerned about how I would feel afterward. Surprisingly, I didn’t suffer from (too) much soreness and felt pretty good the rest of the day Saturday. After a round of golf on Sunday with my son Brad, everything caught up with me a bit. I’ll admit that I was feeling it and was a little bit burnt Sunday evening. Let’s just say that I slept pretty good Sunday evening.

Overall it was a great ride and a lot of fun. I’m glad Amanda suggested it and followed through on it. I’m hoping that we might be able to take a ride on a couple of other Southern California bike paths before she heads back to school. Does anyone have any suggestions?