In order to do web development, it’s a good idea to have a local development environment setup. I had setup WampServer on my PC a couple of years ago when I launched my personal WordPress site. It made it much easier to experiment with changes in the WordPress setup and try out different themes.

Recently, I decided to get back into playing around with WordPress and trying some other programming ideas. When I checked the WampServer site, I noticed that they had moved to version 3.0, while I was still on version 2.2. I figured it was time to upgrade. Here are the steps and resources I used to complete the upgrade.

Preparing for the migration

Before downloading WampServer version 3.0, I did a little housekeeping to make sure I could keep my existing data.

Once the WampServer install package is downloaded, go ahead and run it, being sure to right click on the installation file and select “Run as administrator”. 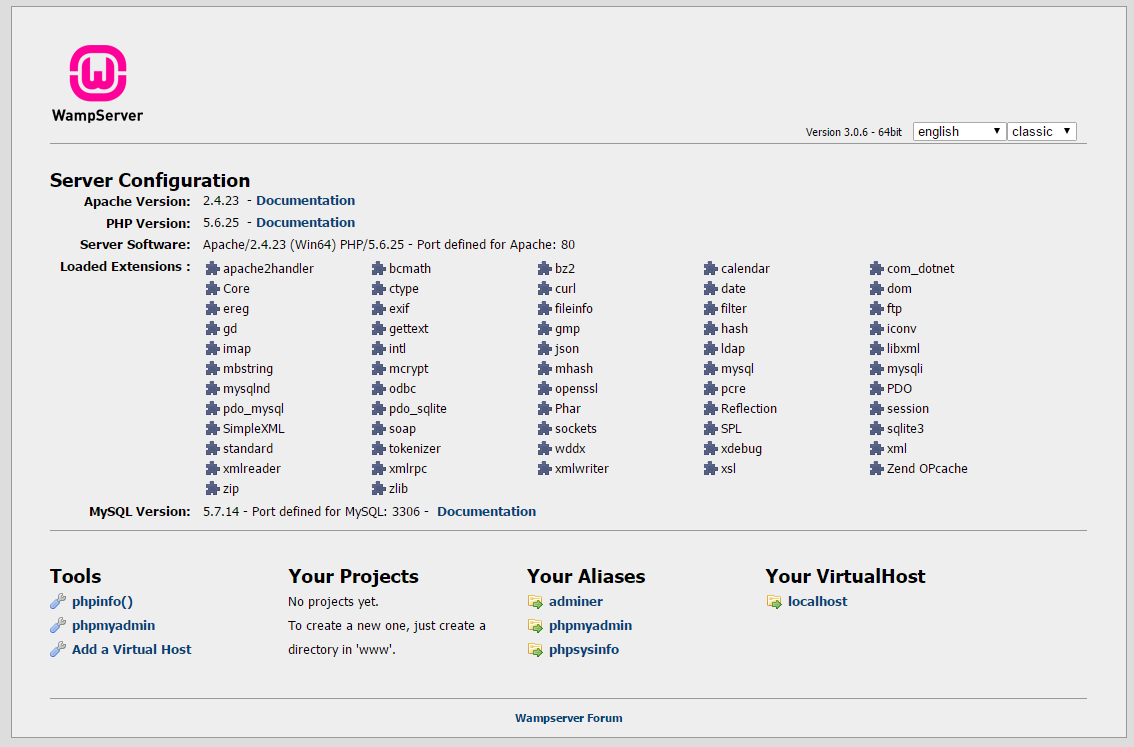 Now let’s restore our old data and get the websites back up and running.

Now that WampServer is running, and Apache is operational, it’s time to restore the previous data. I had a few local WordPress sites, and some test PHP files. I chose to start with the test PHP files since these were a lot less complicated, and then restore the MySQL WordPress databases. Here are the steps I followed.

Now you can load the website(s) that depend on database access. In my case, I was able to reload my local WordPress websites. While I ran into a few glitches, the process overall was relatively painless for a software upgrade.

Here are the resources I used to complete the upgrade. I would strongly advise skimming these, at a minimum, before proceeding with an upgrade.

UPDATE: Getting things to work on Windows 10

If you run into a problem getting Apache to run on Windows 10, it could be due to another process listening on port 80. There are two ways to go about fixing the problem:

My personal preference is to use step number 1, and to find out what has port 80 tied up. In my case, it was IIS that runs more or less by default in Windows 10. In order to turn it off, you need to open an elevated command window (means running CMD as administrator) and stop the IIS server. You can do that with the following command:

I’ve found that I have to run that command the first time I start wampserver after a reboot of the computer. Keep this in mind as part of the upgrade process.

Dislcaimer: these steps applied to my specific situation and setup. I am not a WampServer guru. I am documenting these for my personal use in case I need to remember and recreate what I did. You are more than welcome to reference these steps, but keep in mind that they may or may not work for you depending on the specifics of your setup. What I’m trying to say, in not so many words, is that I’m more than happy to entertain questions, but I cannot guarantee timely and accurate responses.

1 thought on “Upgrading WampServer from version 2.2 to version 3.0”