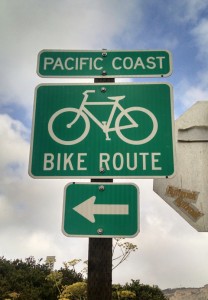 For our third bike ride of the summer, my oldest daughter Amanda and I chose to ride along the coast from Ventura towards Santa Barbara. After doing a little research and deciding how long we wanted to ride, I figured that we could make it from Ventura to Seacliff, just south of La Conchita. My calculations figured it would be about an 18-20 mile ride, round trip.

Since the ride is along the coast (except for a one mile stretch along Seacliff), the biking is relatively flat and the scenery is beautiful. Overall, it makes for a fun, enjoyable ride. Here’s a look at how it went along with a few pictures that I took along the way.

We started the ride at Marina Park in Ventura, which I would highly recommend. Due to time constraints, we started early in the morning at around 7:30AM. Unfortunately, the gate to Marina Park wasn’t open, so the ample parking available inside the park wasn’t available. We had to park along the street, which was pretty crowded. I couldn’t find information online, but I’m guessing that the park opens somewhere between 8 and 9AM. 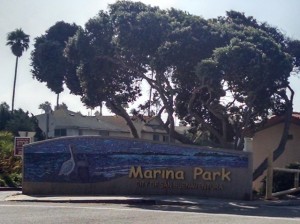 From Marina Park, you head west on Pierpont Boulevard for about one-half mile before reaching the entrance to the Omer Rains bike trail at San Buenaventura State Beach. There is a bike lane for the entire half-mile along Pierpont, so it’s an easy ride.

The Omer Rains trail is paved, but it is also crowded with walkers, joggers and other bikers. The path takes you through the beach, along the Ventura promenade, and then turns inland for about a quarter-mile at the mouth of the Ventura River. It continues through Emma Wood State Beach, which takes you back along the coast. The entire trail is a bit of an obstacle course and will keep you from getting into a consistent rhythm. It didn’t help that the beach was more crowded than normal when we went due to high swells of about 6-10 feet. The beach and boardwalk was crowded with surfers and specatators. Admittedly, it was an impressive site, both the surf itself as well as the surfers riding the waves.

After crossing through Emma Wood, the path turns into the Caltrans First Adopt-a-Bike-Path in California. It’s a paved path with minor elevation changes, but it’s not in the greatest shape. The path empties out on to Pacific Coast Highway, which winds along the various beaches north of Ventura, including Solimar, Mondos, Faria, Hobson and Rincon. As a warning, the shoulder along PCH going north isn’t in the greatest shape. It’s narrow in spots and has quite a few ruts and potholes in it. Given the surf, the traffic along the road was a little heavier than normal, which made for a couple of tense moments. After Rincon, PCH turns inland at Seacliff for about a mile where the road takes a sharp left under the freeway. Amanda and I stopped there to refuel.

Before turning around we decided to take a ride under the freeway toward the beach and were surprised at what we found. I thought the bike path ended at Seacliff, but it continues on the ocean side of Route 101. It’s a brand new path that’s been put in during the construction updates on the freeway. It’s in outstanding condition, so we rode it for a mile or so until it ended at the Cliff House Inn in La Conchita, although I suspect this a temporary end. They are working on the path north of there which should take it all the way to Carpinteria when it is completed along with the road widening construction on the 101.

Here are a couple of pictures I took at the Cliff House Inn before we turned around. The views were very impressive! (click on the images for larger, versions) 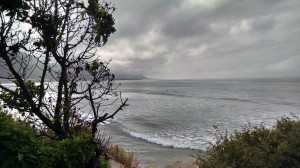 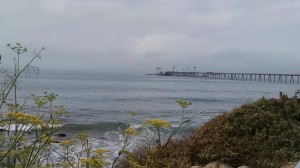 The ride north was a bit tough due to riding into the prevailing ocean breeze. The ride back went much better. First, we were aided by the ocean breeze, and second, the shoulder along PCH going south is much wider and in better condition. I’ve included the ride profile below, and you can see our individual mile-by-mile splits by clicking here. I slightly miscalculated the overall length and duration of the ride. Turns out it ended up being over 27 miles, not the 18-20 miles I had estimated. 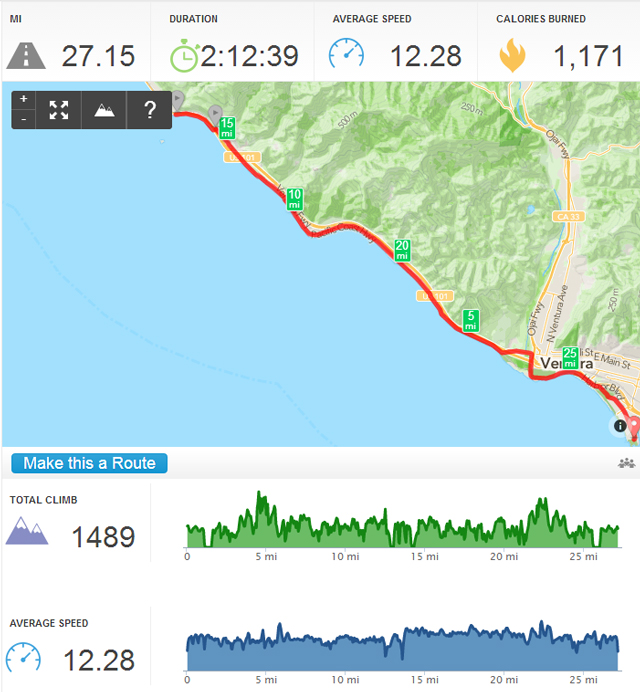 Overall, it was a good ride. It’s not the best of the three from a trail point of view, but it’s the best so far from a scenic point of view. You just can’t beat the views of the ocean that exist along the entire route. It’s a ride I’d definitely do again, and I hope to have more time available the next time around so I can continue the ride up to Carpinteria.