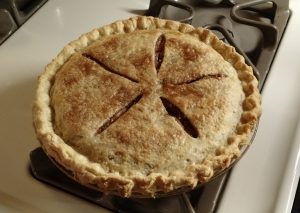 One of the things that I love about cooking is experimentation. Cooking is not an exact science, and small variations in ingredients, measurements, or techniques can lead to sometimes subtle and sometimes significant differences in outcome.

One of my favorite items to bake is apple pie, mainly because I love eating it (despite my recent decisions to reduce my sugar intake). When baking a pie, one of the things that I struggle with is making a light, flaky crust. I’ve tried different ingredients, made sure the water was extra cold, and tried various techniques to avoid over working the dough. Despite what I’ve tried. I just couldn’t get the dough as flaky as I would like it.

After doing a little research, I found a suggestion that I figured was worth a try – using vodka as a substitute for some of the water. The rationale is that vodka would provide the required moisture content for preparing the dough, but during the baking process, the alcohol would vaporize leaving a lighter, flakier crust. Given all that I had tried, I figured it was worth a shot.

For my experiment, I started with my gandmother’s pie crust recipe, which is roughly as follows:

The change I made, which was based on this article discovered in the New York Times’ Cooking Section titled “Foolproof Pie Dough Recipe”, suggested using 1/4c cold water (eq. to 4 tbsp) and 1/4c of cold vodka. Luckily, I had a bottle of vodka in our pantry that had been given to me as a Christmas gift many years ago. I broke the seal, and portioned out a quarter cup, and put it in the fridge to chill for a bit.

In preparing the crust, there were some subtle differences I noticed using the vodka:

Overall, the crust came together nicely, and I was able to put together a good looking pie before putting it into the over as evidenced below. 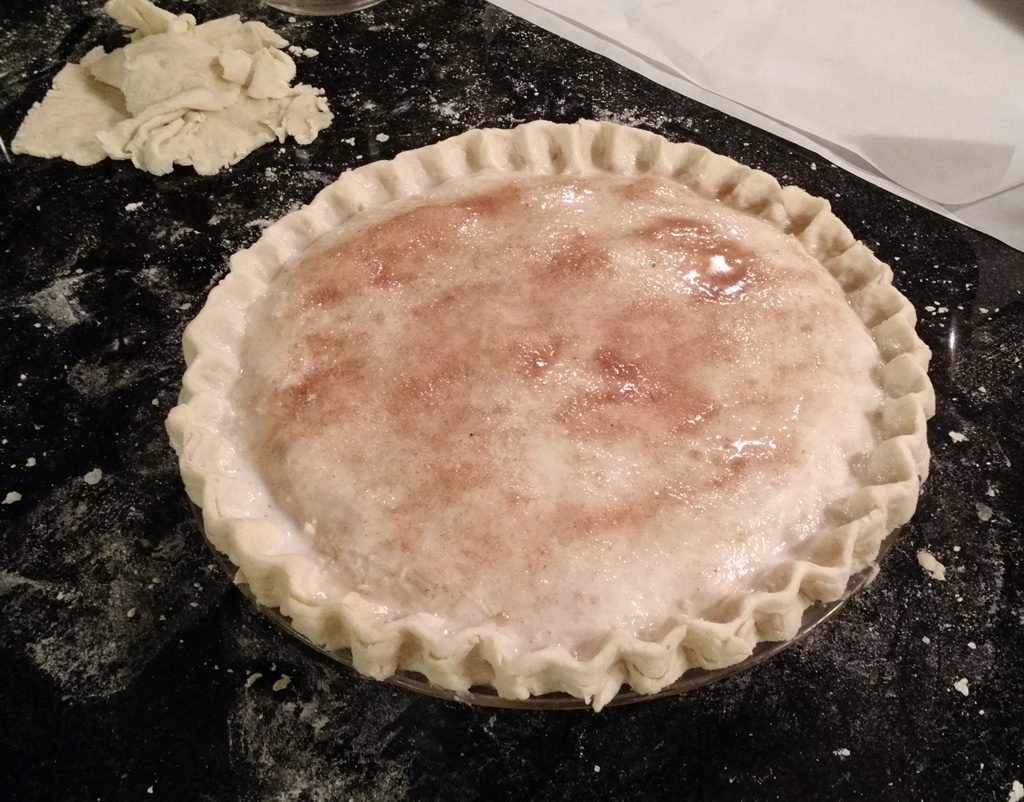 The preparation was one thing, but the real test was tasting the finished product, which turned out great. It was by far the flakiest and lightest crust I had made in my short tenure as a pie maker. It also had no residual alcohol taste. As advertised, the alcohol vaporized during the baking of the pie. Overall, I was impressed that a small variation in the ingredients made such a dramatic difference in the crust.

Needless to say, I would recommend swapping a little water for vodka in a pie crust if you are looking to make it lighter and flakier. It’s definitely an enhancement I plan on taking forward the next time I break out my grandma’s apple pie recipe. 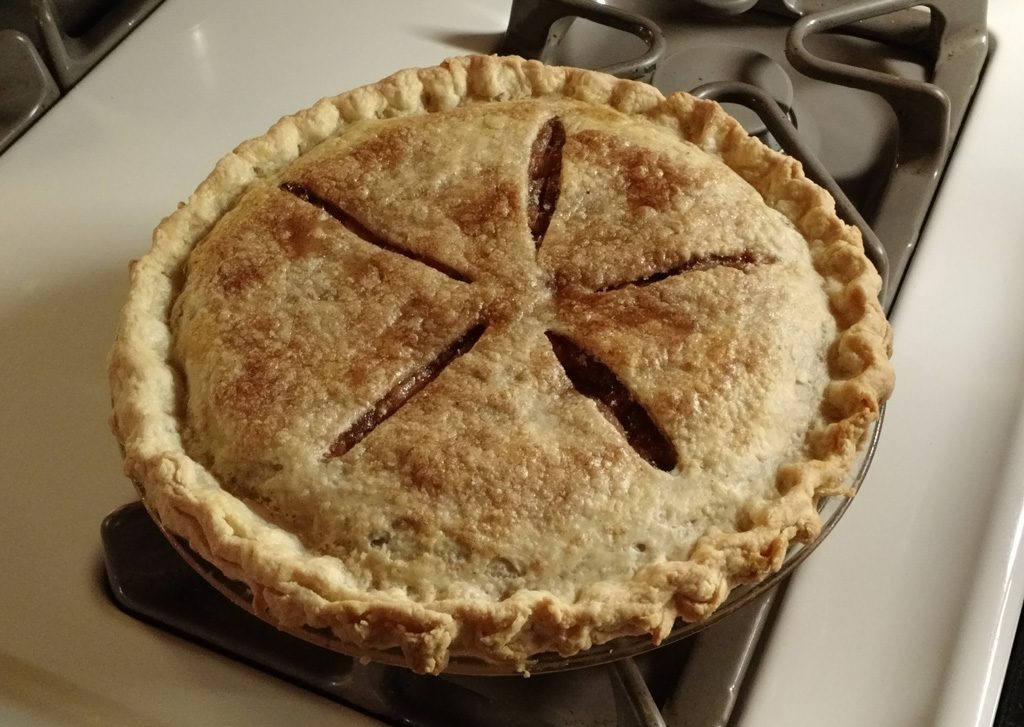