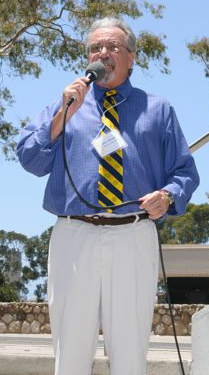 Last year, I had an opportunity to preside as a judge for the UCSB ECE189 Capstone project presentations. I had an incredible time, which I documented here, and was hoping that I would have the opportunity to do it again. Fortunately, my good friend and UCSB professor Dr. John Johnson asked me earlier this year if I’d like to judge the projects from this year’s class. Needless to say, I accepted.

In this year’s class, there were three teams. Each team had to come up with a concept, specify the project and its components, layout a printed circuit board (PCB), have the PCB manufactured, test and debug the manufactured board, write software and firmware, and finally, integrate the software and hardware to demonstrate their concept. The amazing piece of the project is that they have to complete all of these tasks over the 10-week fall quarter and 10-week spring quarter (the boards are manufactured during the winter quarter). In other words, they complete the entire project in 20 weeks, which is pretty amazing!

Here is a brief summary of the three projects (for more details, check out the official 2014 Capstone page here):

As with last year, each of the projects had a high degree of complexity associated with it. I was both surprised and impressed by the amount of work the students were able to complete in such a short amount of time. All of the groups were able to show both working hardware and software. While the amount of progress was different among the three groups, they were all able to demonstrate an operational prototype.

Announcing the top project in the 2014 ECE189 Capstone Project Class

In addition, the presentations by the students were polished and well done. The students were well prepared and handled questions from the audience professionally. As with last year’s presentations, it was clear that a lot of work and effort was put into the projects by everyone involved, which includes the students, Dr. Johnson, his Teaching Assistant, and the ECE staff. I have to commend everyone for the efforts – it definitely showed and made it a pleasurable and worthwhile experience from a judge’s perspective.

Being part of the judging panel, my part is to help decide on the best project. There were three of us on the panel, and it was a difficult decision given how well all three projects were done. At the end of the day though, only one project could be declared the winner, and we felt that the AutoPonix group stood out just enough to claim the best project prize. I’d like to congratulate the AutoPonix group, and all of the students for that matter, for a job very well done.

Outside of the project presentations and judging, the best part of the project is the real world, practical experience that these students gain from the Capstone Project. They have to learn how to work in a team. They have to read and interpret datasheets and understand how component behavior differs from stated specifications. They have to learn debugging skills – both for hardware and software. They also learn valuable troubleshooting skills. All of these things, and more, will all be critically important once these students take jobs in industry.

Above all, I’m very impressed with the effort that Dr. Johnson puts into the Capstone Project class. He leverages his work experience to help his students understand what it takes to be a successful engineer. It’s clear from my interactions with him over the course of the year that he deeply cares about his students and wants to make sure that they are well prepared for succeeding in the next stage of their career, whether it is a job in industry or progressing toward an advanced degree. The students may not realize it right away, but later in their career, they will appreciate the knowledge that Dr. Johnson imparted to them.

Once again, I’d like to thank my good friend John for allowing me to be a judge. It was an honor and a pleasure, and I hope that I will get the opportunity to judge again in the future. 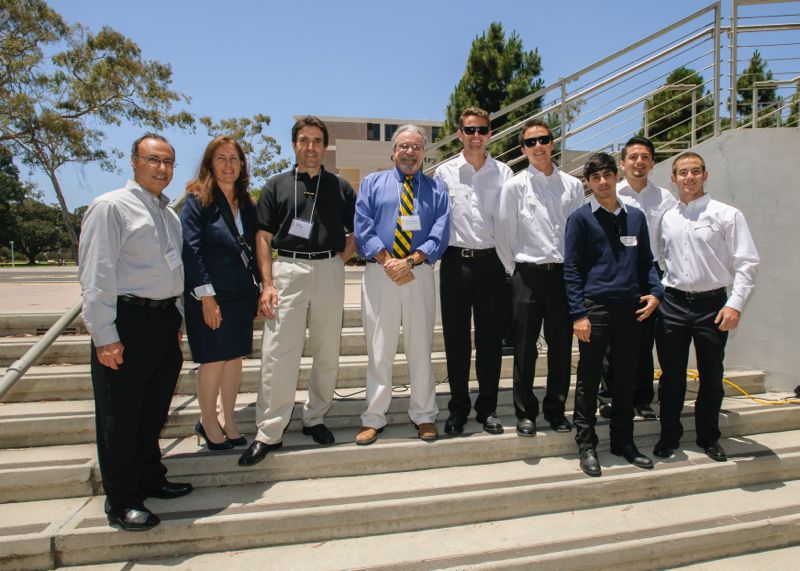 Along with judges Ali Yousefi (far left) and Shelly Canaga, congratulations to the Autoponix team for a job well done!