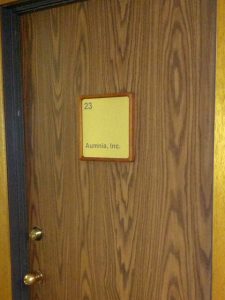 It was ten years ago this month, October 10, 2006 to be exact, that Aumnia, Inc. officially incorporated. Since that time, it’s been a long road of ups and downs. Given that 90% of all startups fail, I feel very fortunate that the company is still alive and kicking. Some other time, I’ll document the history of the founding and early days of the company. In this post, I’m going to document a few of the things that I’ve learned in 10 years of running the company.

When starting a company in the technology space, everyone has dreams of being the next YouTube, Facebook, Uber, Dropbox, or Twitter. Well, maybe not Twitter so much these days. Anyways, the articles you read about these companies make growing a startup seem so easy. You just come up with a good idea, raise some money, hire a team, and then sit back and cash in. If only it was that easy.

Starting and running a company is work. A lot of work. It consumes you, day and night. There is a lot of stuff to do, including a ton of administrative items that are required to keep the company legal and legitimate. When you dig beneath the covers of all those “overnight” success stories, you see that it took a lot of work to get there. In other words, there are no sure-fire, easy paths to success when starting a business. Be prepared to work hard, really hard.

Inevitably, you’ll take wrong turns on the journey. Prospects will tell you “no” – repeatedly. Products will fail. Mistakes will be made.

People like to talk about failing in their startup and wear it like a badge of honor. I subscribe to the theory that the only thing you learn from failure is how to fail. It takes persistence and determination to survive when things aren’t going your way. Then again, it could be a combination of stupidity and obstinance to continue down a path that isn’t leading you anywhere. The line between persistence and stupidity can be very fine.

What I’m trying to say is that you can’t give up at the first sign of trouble, but you also have to be able to evaluate things objectively to know when to walk away.

In the corporate world where I started my career, people regularly talked about the importance of networking. I dismissed it back then. I was doing fine relying on the sales team to setup meetings and do the follow-up. Well, that doesn’t work when you’re running your own business. Networking is not just important, it is critical to success. Nearly all of our biggest deals have come through networking and referrals. Very few were the result of inbound cold calls.

Lesson #4 – Trust your instincts and take your own advice

Here’s the rub – none of those people have skin in the game. When you fail, they’ll say they told you so. When you succeed, they’ll take all the credit. But they don’t have to do the work. They don’t ride the daily emotional roller coaster. And most of all, it’s not their business.

Succeed or fail on your terms. Trust what your gut tells you, and above all, take your own advice, act on it, and take responsibility for whether you business is a raging success or a smoking crater of failure.

It’s easy to chase ideas. They’re cheap. Everyone has them, but few act on them. Focus and execution is where the money is. Choose an idea that excites you. One that you can make money at and turn into a business. Embrace it. Focus on it. Learn about it. Read about it. Write about. Talk about it/ Obsess over it day and night. Success will follow.

Early in my career, I had the opportunity to work directly with customers. Two years into my first job, I had the tough experience of hosting one of our biggest customers on site while we were laying people off. As the customer watched people being fired, he went into panic mode and called back to his management at headquarters to explain the situation. Later that day, I received a phone call from our VP of Sales, who had over thirty years of sales experience. After reaming me out for allowing the customer to be in the building while layoffs were happening, he ended his rant with a line I’ll never forget: “Gregg, when we interact with the customer, we are all sales people.” At the time, I thought it was a very insensitive comment under the circumstances. Twenty years later, I realized he was right.

In every interaction we have outside the walls of our business, we are sales people. People read things into what we say, what we do, who we talk to, our body language. It applies not just to me as the CEO, but also to all of the employees who come into contact with customers. It’s important that we treat every interaction with customers and propsects how a sales person would, even if it is just a thought we stick in the back of our mind and are aware of.

If you don’t believe that you can be as big as Apple, Google, Microsoft or IBM, then you never will be. In order to be big, you have to think big. You have to set big goals and go after them. Companies (and people) aren’t successful because they set small goals. My advice is to set outrageous goals, and even if you miss them, you’re still much farther ahead of where you would have been than if you would have achieved small goals.

Lesson #8 – What you focus on expands

I’m going to steal this saying from another friend of mine, Don Tennessen. I had the pleasure of hearing Don teach a class on the power of attitude and positive thinking. He reiterated numerous times throughout the class, “What you focus on expands.”

His message was to consistently and always think positively. If you maintain a positive attitude, think positive thoughts, and set positive goals, you give yourself an excellent chance for a success. Over the last ten years, I have numerous experiences on both sides of the ledger. I’ve found that focusing on the positive yields much, much better outcomes than focusing on the negative. I’d strongly recommend and encourage you to focus on the positive, always. Remember, what you focus on expands.

Thus far, it’s been an amazing journey. While there are things I would have done differently, I don’t regret starting the business and wouldn’t trade the experience for anything. But most of all, I’m grateful for all of the people who have helped me along the way. I’d like to thank all of the family, friends, employees, customers and investors who have been there to support me.

I don’t know what the next ten years has in store for the company, but I’m looking forward to it.