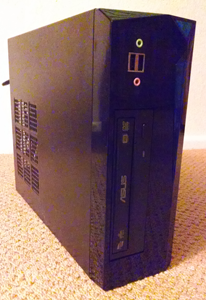 I’ve been extremely pleased with my last PC build. It’s been working so good that I figured it was time to replace the oldest machine in my house – a Dell Dimension that I bought in 2002. The old machine still works great given what it’s used for – primarily email, web browsing, and light document editing. I’ve just gotten tired of waiting the five minutes it takes from power on to ready-to-use. In addition, I figure at 11 years old, the machine is probably an accident waiting to happen given that I’m still on the original hard drive.

About the only thing I would have done differently with my latest build was go smaller. Therefore, I chose to go with a mini-ITX form factor for my latest build. Since I was planning on using the integrated graphics on the CPU, there really wasn’t any reason to go with a bigger case.

As usual, picking the components is the hardest part of the project. Here’s the list of components I ended up buying, along with their price (excluding tax and shipping): 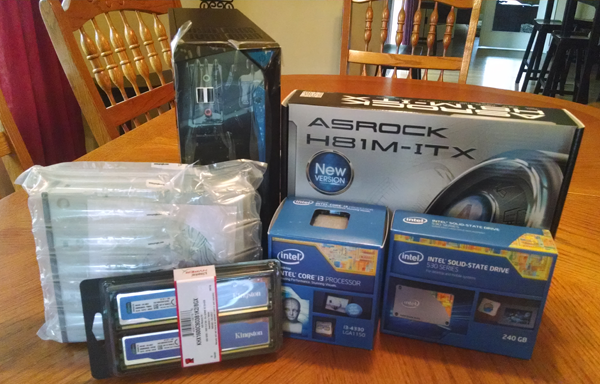 I got quite a few killer components all for under $700, including the SSD (which I won’t build another machine without). I’ve had the machine running for about a week, and it works just as well as the rig I built back in March. Power on to operational only takes about 15 seconds, and I haven’t noticed any limitation using the onboard graphics given what it is being used for.

Here are some more notes from the build: 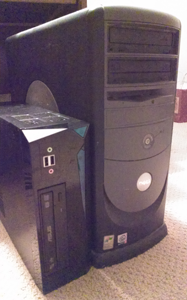 I’ve been spending most of the last week transitioning the key files and programs from the old machine, which has served the family quite well over the years. It’ll be sad to see the old beast go, but it was time. I have a feeling that within a couple of weeks, none of us will realize its gone. In fact, I bet we’ll be wondering why we didn’t upgrade to a new machine sooner!

1 thought on “My first mini-ITX build”