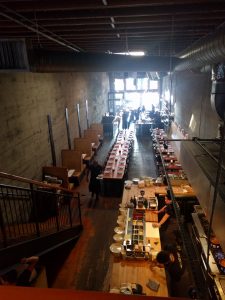 In addition to sampling Seattle’s coffee and ice cream scene (two of my favorite indulgences, by the way), I had the opportunity to check out a few restaurants during my time there this summer, too. The restaurant selection in Seattle is large, diverse, and good – very good. It doesn’t top San Francisco or New York City in my opinion, but it certainly holds its own. Of the numerous places I tried, here are the ones that stood out. They’re the ones that I hope to get back to someday and would recommend to anyone visiting the city.

END_OF_DOCUMENT_TOKEN_TO_BE_REPLACED 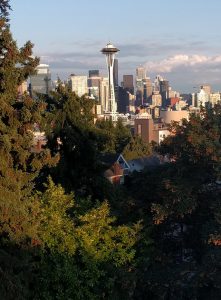 Those who know me know that I like Seattle. I had wanted to go there for the longest time, and my first visit a couple of years ago exceeded my expectations. So when my daughter Courtney landed an internship in the city for the summer, I immediately knew what I would be doing – visiting her!

I’ve made a couple of trips there recently, and it gets better each time. I’ve had more time to explore and search out those places that are hidden gems. Just like my first visit, I haven’t been disappointed in what I’ve found.

As luck would have it, I discovered over the last year that I’m a “foodie”. Don’t ask how. That’s a post for a different time. But being a foodie means I can get picky about where and what I eat. Fortunately, Seattle does not lack for good places. As part of my exploring, I’ve discovered that Seattle takes two particular food items very seriously – ice cream and coffee, which is fine by me. It just so happens these are two of my favorite indulgences. Give me good ice cream and good coffee, and I’m a happy camper. Give me both, and I’m in heaven.

If you’re heading to Seattle, here’s my go-to list of places to try out. If you live in the area, I’d love to hear your opinion and any recommendations you might have for my next visit.

END_OF_DOCUMENT_TOKEN_TO_BE_REPLACED

I moved to Southern California almost 25 years ago. Shortly after my arrival, I watched the movie Singles. It’s about a group of twenty-somethings living in Seattle and starred younger versions of Bridget Fonda, Kyra Sedgwick, and Matt Dillon. It was right around the time that the rock bands Nirvana and Pearl Jam were reaching their peak, and the grunge scene was all the rage. It was a great movie that I related to at the time, and the movie soundtrack, which featured Pearl Jam, Alice in Chains, Soundgarden, Sreaming Trees, and The Smashing Pumpkins, was awesome (I still have the CD somewhere, I think).

After watching the movie, I had a burning desire to visit the city of Seattle. It seemed like such a cool place from the movie, and everyone I talked to reinforced my view. I had planned to visit, but life got in the way. I got busy with work, then with a family, and then started doing heavy travel for my job. My travel took me all over the world – Boston, Chicago, San Francisco, New York City, Washington DC, Tokyo, Shanghai, Paris, Munich, Hong Kong, Sydney – but Seattle remained an elusive destination at the top of my list of places I wanted to visit.

Finally, after nearly 25 years of waiting, I got to visit last November with my second daughter Courtney during a visit to the University of Washington. Courtney set up plans to see the school on a Monday, so we left a day early and spent Sunday touring the city. I wasn’t sure what to expect and was concerned that I would be let down. I wasn’t. It was awesome. We saw a lot with our one day (or so) in the city. Here’s a sampling of what we did.