After last year’s edition of the beard, in which it got pretty full, I decided that I was going to retire the beard for a few years. I’m not a huge fan of the facial hair look, and it isn’t any less work than staying clean shaven in my opinion.

I don’t know exactly how it happened, but I woke up one morning, and the beard was back. 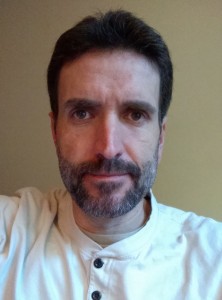 I was a little more diligent about keeping it trimmed this year, especially on the sides. I like it better when it isn’t as long. I have a hard time dealing with it when it gets out of control.

This year’s edition started around the middle of December, and I kept it until the second week of January. If you were to ask me today, I would say that I’m not going to grow the beard out for a few years, at least. I have a feeling, however, that it will make another appearance around the holidays next year, but we’ll see.