2015 marked my third full year of blogging. I started the blog in November 2012. Since that time through the end of 2015, the blog has hosted over 45K sessions from over 35K users. I realize this is peanuts compared to the daily traffic of some sites (Facebook probably does that every 5 minutes), but it’s better than the traffic of most personal blogs.

Here are the number of posts that I’ve written in the past three years along with a month-by-month breakdown of 2015. After hitting 70 the first two years, I wanted to get to 100 this year. I came up quite a bit short, and had lower numbers than last year, but I still managed to get a couple of posts out every month.

Here are the most popular posts from the last year according to pageviews in Google Analytics, regardless of whether they were written in 2015 or not.

Of these posts, 4 were written in 2015, 4 in 2014, and 2 in 2013. The learning is that if you want to drive consistent traffic to your site, generate timeless content. Chasing around current events is a fool’s game that is dominated by the large media sites.

Another interesting point to note is how dominant the top post was over the last year. There were over 60K pageviews registered in 2015. The post about installing DD-WRT on the TP-LINK TL-WR841N was responsible for 77% of those page views. It’s even more impressive when you look at the year-over-year traffic comparisons below to see just how much traffic that one post was responsible for on the blog. In fact, of the over 64K page views that have been registered on the blog since it was started, that one post is responsible for almost 72% of them. 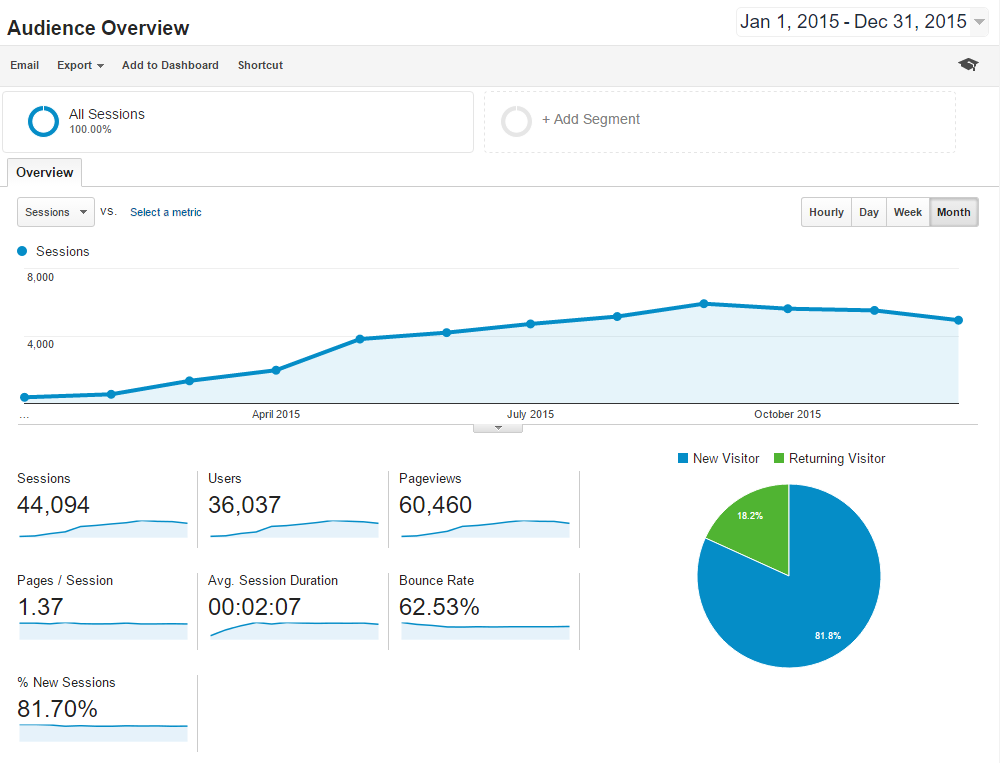 The year started off relative slow with only a few hundred sessions a month in January and February. In August, the blog hit over 5,000 sessions for the month and maintained that traffic for the remainder of the year. The finishing total of sessions was just over 44K. It’s pretty amazing how much that one article about installing DD-WRT drove. I published the article at the end of January, and there was a steady increase in traffic from that point until September when things leveled off a bit.

Even more impressive is the comparison in traffic between 2014 and 2015. The traffic in 2014 was more or less non-existent and looks like a flat line zero in the Google Analytics comparison chart. For the year, visits were up over 2,250%, users were up over 2,000%, and pageviews were up over 1,750%. The average session duration doubled, and the bounce rate fell almost 25%. 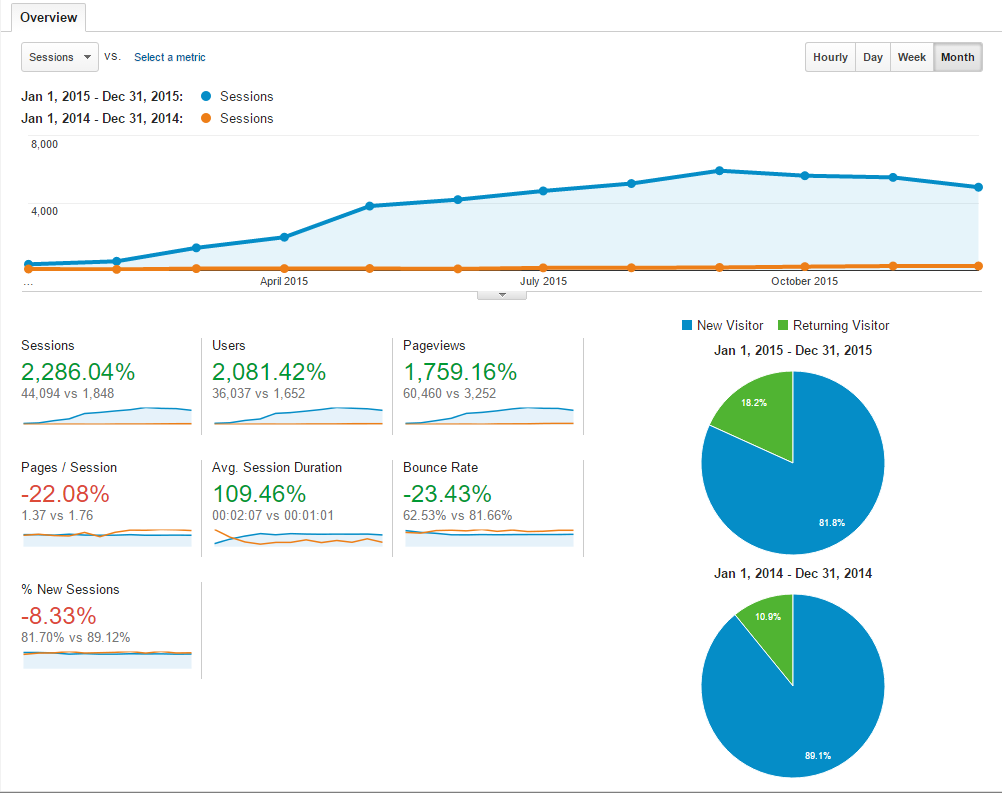 I doubt that 2016 will bring the same growth in traffic, and I’m curious as to how much longer the DD-WRT installation article will draw traffic to the blog. Technology changes fast, and at some point in the near future, that article will be obsolete. It will certainly be an interesting experiment to see what happens.

There are a few lessons that I’ve learned in three years of blogging:

For this coming year, here are my major goals:

2015 was a great year for the blog. I would have never imagined that I would have seen a 20x increase in traffic from 2014. While I didn’t get as many articles written as I wanted, I was still able to maintain some consistency throughout the year. I’m looking forward to continuing to blog and what lessons I’ll learn in year 4 of the blog.