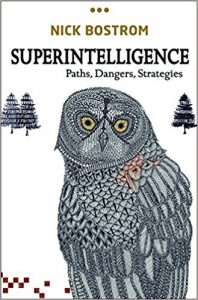 A couple of the computer science topics that I am deeply interested in are machine learning and artificial intelligence. I’m particularly interested in the progress and development of artificial intelligence. It’s already a part of our everyday life. Currently, it’s narrow in the tasks that it handles. If you’ve ever used Google’s search engine, the Facebook news feed, a maps application for directions, or the sales chat/IM features on a website, you’ve interacted with AI.

The development path for AI is to move it from narrow to more general tasks. It is here where there is a fear that AI will reach the point of “singularity.” Singularity is considered the point of runaway technological advancement where the AI moves from narrow tasks to general intelligence. At that point, it develops the ability to learn, or improve itself, faster than humans can control it. In the apocalyptic scenarios, the AI evolves rapidly to the point where it sees humans as resources to be optimized, which might eventually result in the extinction of the human race. While that is the grim side, there is also the hopeful side that a runaway AI will usher in a new age of prosperity for the human race in which rote, menial tasks are done by machines while humans can focus on more meaningful items.

This dichotomy is what has piqued my interest in the topic. When a friend of mine suggested reading Superintelligence by Nick Bostrom, I was eager to pick it up. Having read Our Final Invention (James Barrat), numerous blog posts, and many fictional works (Hertling’s Singularity Series, Asimov’s I, Robot, Gibson’s Neuromancer, Dick’s Do Androids Dream of Electric Sheep, and more), I figured that Superintelligence would help to build my knowledge and opinions of the subject.

Let me first say that you can tell Bostrom has put a lot of time and effort into his work. The book is very detailed and outlines the various paths of how AI may evolve, the dangers of its advancement, and strategies to contain it. It’s well written, researched and documented. Personally, I struggled with it because it read more like an academic journal or doctoral thesis. In other words, it wasn’t the content I had a hard time, it was the presentation.

So what’s my opinion of it? If you are interested in the academic side of AI and its advancement, then Superintelligence is definitely worth reading. You’ll take away a lot from it. If you’re looking for a general, layman’s view of AI, then it may be a bit too deep. In that case, I’d suggest starting with Barrat’s Our Final Invention, and then if you want to go deeper, grab Bostrom’s work.